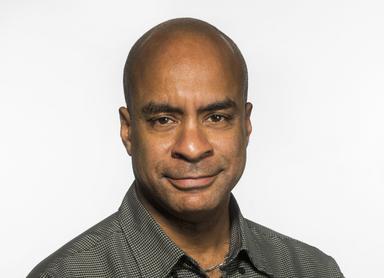 John Owens is an award-winning multimedia communicator who has worked in a variety of capacities in broadcast, print and online.
Owens has produced numerous full-length and short documentaries for broadcast and online platforms. He has been honored with two Emmy Awards in the documentary category and six additional Emmy nominations.
Owens is also a writer and reporter, whose work has been featured Chicago Tribune, the Los Angeles Times, the Chicago Reader, Block Club Chicago, New City, Reel Chicago, Neiman Reports and other publications.
He is also the first vice-president for the National Academy of Television Arts and Sciences (Chicago/Midwest) and an adjunct professor in the Media Communications department at the City Colleges of Chicago.

His first book, "Chili Dog MVP", was published in February 2022 by Eckhartz Press.
Owens also has received honors for his work from the Chicago Headline Club, the Illinois Associated Press Broadcasters Association, the Digital Edge Awards, the Telly Awards and the National Association of Black Journalists.
His email address is jowens39@yahoo.com